Annette Heslop MBE (Secretary)
Accounting Technician, with many years experience and specialising in computerised accounts. Annette is also a full time Energy4All employee and director. She runs the (growing) Energy4All office in Barrow and is responsible for maintaining the members’ register, filing the annual return and producing the year end accounts ready for audit. Annette also deals with visitors to the Harlock Hill and Haverigg II wind farms.

t ecologist formerly with the Centre for Ecology and Hydrology Merlewood Research Station, with extensive experience in coastal and upland habitats in the UK. In the 1980s he was part of a team carrying out research for ETSU on the yield and distribution of biomass from vegetation as an energy crop. Richard is a founder member of Baywind and also the Chairman of the Baywind Energy Conservation Trust.

James Wood
I currently live and work in Lancaster as a musician and Adult Education Tutor. My interest in the co-operative movement stems from having been a member of Single Step Co-op Lancaster. As part of a team who collectively ran a small wholefood and book shop I was involved in the planning, decision making and day to day running of the business.

John Newbury
I am a Chemical Engineer, living in Cumbria. I have had a lifelong interest in renewable and alternative energy. When Baywind started I was living in the Midlands, I invested and followed from a distance. When I moved to Cumbria in 1998 I became more involved with Baywind, attending some AGM’s. I have been a member nominated trustee of a pension fund so in addition to my engineering background I also bring experience of working on a board for the interests of members and maintaining good governance. In July 2015 I was co-opted onto the board and formally elected at the 2016 AGM.

A Baywind shareholder since its inception in 1998 & being ‘a green-cooperative believer’, I hold shares in similar co-operatives. Previously, I was a director of Baywind and a trustee of Baywind Community Energy Trust, and retired to allow others to come in at board/trustee level. However I kept in contact with Baywind and its developments, and believed it was a good time to come back. Although I now live in London, I am a Barrovian and regularly return to the north. I am: a practising ‘chartered accountant and solicitor’; a partner in an accountancy firm & hold in-house counsel/director positions in various companies; & a visiting Nottingham University ‘professorship of laws’. My accountancy, legal and director skills, together with my prior experience at Baywind board level, should be of value to the Baywind board and members. 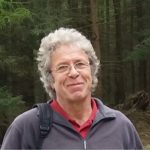 I am a founding member, shareholder and director of Baywind. Although I had to resign from the Board in 1999 because of domestic and work commitments, I am delighted to have been re-elected as a director at the 2021 AGM. I bring a commitment to the theory and practice of renewable energy projects in both my personal and volunteering life. I am a former civil engineer, planning officer and property developer. I live in the Cartmel Valley and was a parish councillor for 10 years. I remain a local primary school governor after 25 years’ service.

ENERGY4ALL
CO-OPS
Below are links to some of the other Co-ops in the Energy4all family: